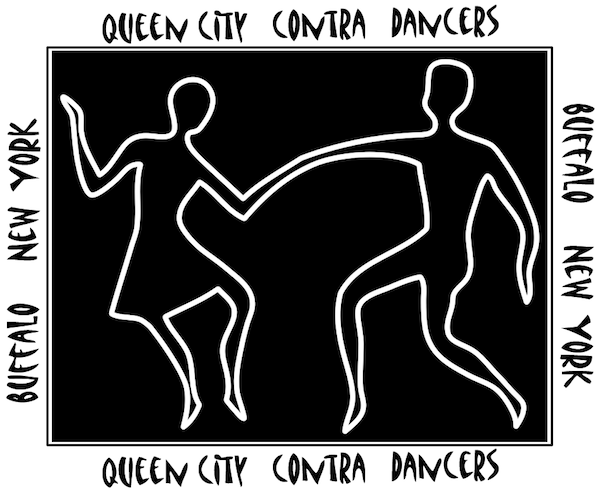 Please see the information below. 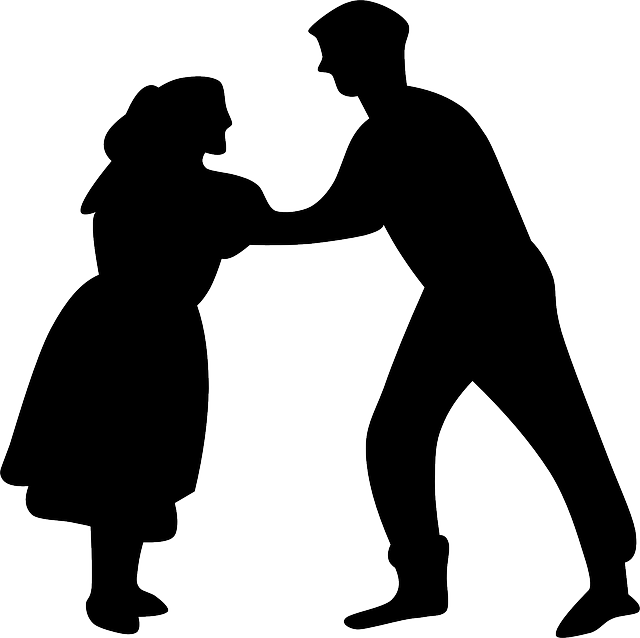 Nope. It’s way, way older. It’s a folk dance which originated in the British Isles in the 1600s. Queen City Contra Dancers specializes in something called contra dance, which has nothing to do with Central America, either. It’s the ancestor of western square dance, only you line up in long lines with a partner, rather in groups of eight. Contra dance has do-si-dos, allemandes, swing-your-partners, and other figures in common with square dance.

Unlike country western line dancing, we have live musicians instead of recordings. You get to touch your partner. Every dance is taught and walked through beforehand. And we stick to noncommercial venues, like churches, where there is no smoking or drinking.

Is this a singles dance?

Sure! It’s also a couples dance, a family dance, an aerobic exercisers dance, a Celtic music fans dance, and more. We welcome everyone. While it warms our hearts if two people happen to find each other at our dance (this has happened!), that is not the purpose of our organization. Our mission is to promote contra dance and regional talent, for everyone who wants to experience live, acoustic music and participatory dance in an alcohol-free and smoke-free environment in the city of Buffalo.

On occasion we co-sponsor dances with other local organizations, in which everyone on our mailing list and theirs is invited to dance together. We are open to singles groups, professional societies, recreational organizations, church groups, schools. However, all Queen City dances are public events and anyone may attend. Contact us if you’d like to co-sponsor a dance with your organization.

Is this a church dance?

Queen City Contra Dancers merely rents the hall in the church where we dance. We are an independent, secular, cultural organization and are not sponsored by or affiliated with any religious bodies. We do not endorse any particular religion. We wish only to continue being welcome guests in the churches who have trusted us with their lovely halls.

Just what is contra dance, anyway?

Some simple and good definitions are at What is Contra Dance?

Women find that dancing enables them to make use of their light summer dresses year-round. Men often wear jeans, chinos, or shorts, and bring multiple shirts in case of perspiration. Contra dancing is aerobic exercise and you will regret wearing heavy or tight clothing or synthetic fabrics, even in the winter.

The caller invites everyone to find a partner, and will urge you to switch partners at every dance. This way, everyone gets to dance with everyone. No one is required to bring a partner. Anyone may ask anyone else to dance; choosing partners not restricted to men! If you wish to sit one out, you may turn down an invitation to dance.

After lining up, the caller will walk the group through the dance and teach unfamiliar figures. Then the band starts the music, usually a jig or reel from the Irish/Celtic tradition. Bands generally have a fiddler, but might also include the piano, guitar, flute, mandolin, bass, and almost any portable instrument. They may play a medley of tunes, which enhances the dance experience. The caller will continue to prompt us through the dance, occasionally dropping out so that we can enjoy the music uninterrupted.

After a few times through, the caller will end the dance and everyone is invited to find a new partner and line up again. The caller teaches a new dance, and the band plays a new tune. Half way through the evening after a few dances, the band will play two waltzes, followed by a break. A water jug is on hand and usually there are refreshments. There is also a literature table with announcements for other upcoming dance events.

After a break, the organizers makes a few announcements, we dance some more, and the band plays two last waltzes at the end of the evening. Dancers help fold chairs, clean up, carry musical equipment out, and then we often meet at a nearby restaurant or cafe for coffee and dessert.

Contra dance was a familiar part of the Buffalo social scene in the mid-19th century, from the 1840s to the 1880s, when they fell from favor. Buffalo apparently did not have a regularly scheduled contra dance until 1991, when Doug Cochrane, who had been introduced to contra dance in Rochester, decided to found a dance in Buffalo, and Buffalo Country Dancers (BCD) was born. BCD had a few successful years but began to fail.In the fall of 1995, musician Mia Boynton approached Cynthia Van Ness and Vincent Kuntz and said, “Let’s start a dance series.” In the spring of 1996, Queen City Country Dancers launched a monthly dance at the Unitarian-Universalist Church, with Boynton and Van Ness at the helm and Kuntz assisting. Over seventy people turned out for our inaugural dance, and attendance has held steady from 30-70 per dance over the years. In 1996, Queen City absorbed BCD.

In 1997, Boynton relocated to Ithaca, and musician Anne Maroney stepped in as co-organizer.  Queen City expanded to two nights per month at alternating locations. Paul Kochmanski served faithfully as Queen City’s first official treasurer until 1998, when Gene Maguin took over. In 2003, Paul again assumed treasurer duties, Gene took over half of the booking, and Dave Brown took over the other half.

Also in 2003, the Church of the Transfiguration permanently closed its doors and we bid a sad farewell to the hall that saw many happy hours of dancing. In the fall of 2003, we secured the UU Church hall for both Saturdays, giving Queen City one home rather than two for the first time in its history. And in November 2003, we changed our name from Queen City Country Dancers to Queen City Contra Dancers, in order to avoid confusion with country-western line dancing.

Since Queen City’s founding,  we have hosted callers and bands from Buffalo, Fredonia, Rochester, Olean, Hamilton, Guelph, Toronto, Albany, Syracuse, Boston, and Madison, WI. We have introduced Buffalo to major performers, including Tony Parkes, David Kaynor, and Larry Unger. We have cosponsored dances with other area recreational groups, introducing new people to the pleasures of contra dance.

In February 1997, Boynton and Van Ness were invited to be panelists at the annual Dance Organizer’s Breakfast at the popular Dance Flurry Festival in Saratoga Springs, NY, where we shared our strategies for successful dance organizing.

As part of our commitment to develop regional talent, Queen City applied to a program offered by the Country Dance and Song Society and won a partial scholarship in August 1998 to send Buffalo caller Dave Brown to a week-long dance camp for caller training.

If you’d like to call or play for a Buffalo dance, please be sure to read our page for prospective performers.

Queen City Contra Dancers Buffalo NY regrets the necessity of reminding you that all pages are copyright (C) 2020, all rights reserved.
No portion of it may be reproduced in any form without permission.